Welcome to our blog.

Increase your conversions and retention! 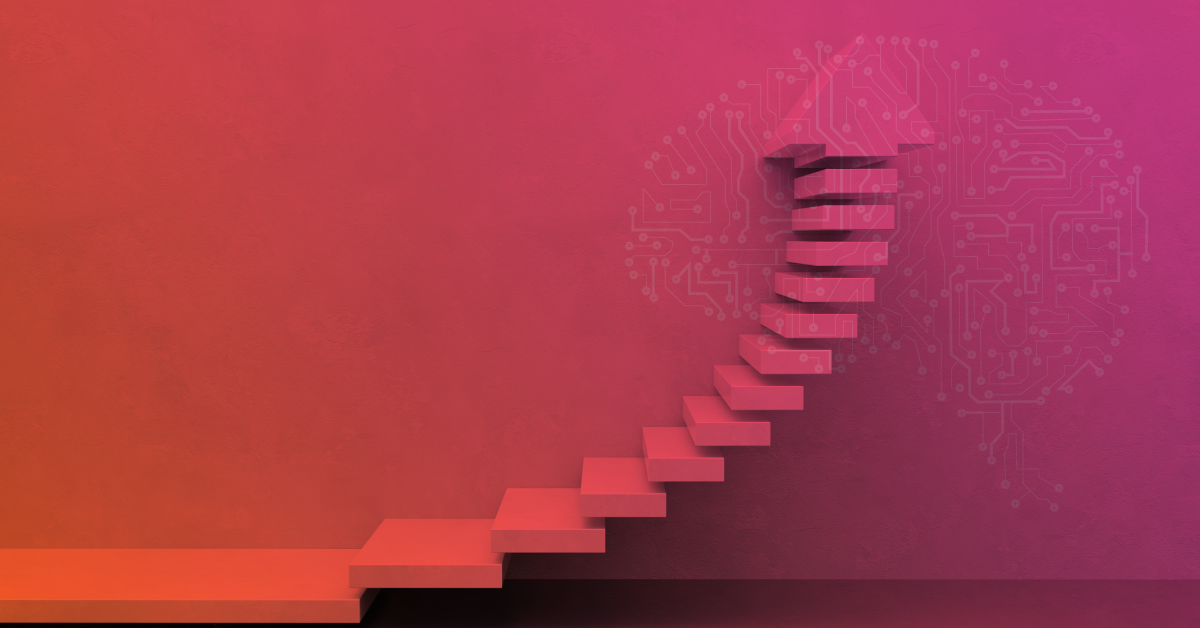 With more than 10 thousand students trained in the distance modality, the Virtual Catholic identified the need to modernize the brand and the way to relate with its students, looking for the consultancy of Mkt4edu, which culminated in this case of success.

The strong competition in distance learning, marked by the entry of foreign companies into the Brazilian educational market and the aggressive application of strategies to attract students began to impact the results of the Virtual Catholic.

More appealing campaigns, aggressive discount policies and strong advertising appeal from other educational institutions led to a severe decline in the number of enrollments in Virtual Catholic, reaching less than 100 enrollments in intake during the beginning of the year 2017, the best time of the year for the recruitment of students.

Due to the crisis they were experiencing, the Virtual Catholic decided to hire Mkt4edu to reverse the picture.

The first step taken was a marketing analysis of the situation of the Virtual Catholic, aiming to understand the internal processes and strategies used in the recruitment of students, as well as what was in the way of the results of the HEI.

The image of the educational institution was also evaluated, which originated a brand repositioning plan, in order to modernize it and make it more competitive, they also needed to change their own website, they had a terrible SEO and weren't working with their leads properly.

After the diagnosis, the macro objectives that Mkt4edu should reach were defined:

The first action carried out was to plan the brand repositioning, changing the name from Virtual Catholic to Catholic EaD. Brand transition campaigns were implemented and disseminated in all the on and offline communication channels used by HEI.

The reformulation of the institution's website was also necessary, considering the challenge of modernizing the layout and making the content more attractive for students. However, the deepest change was internally. 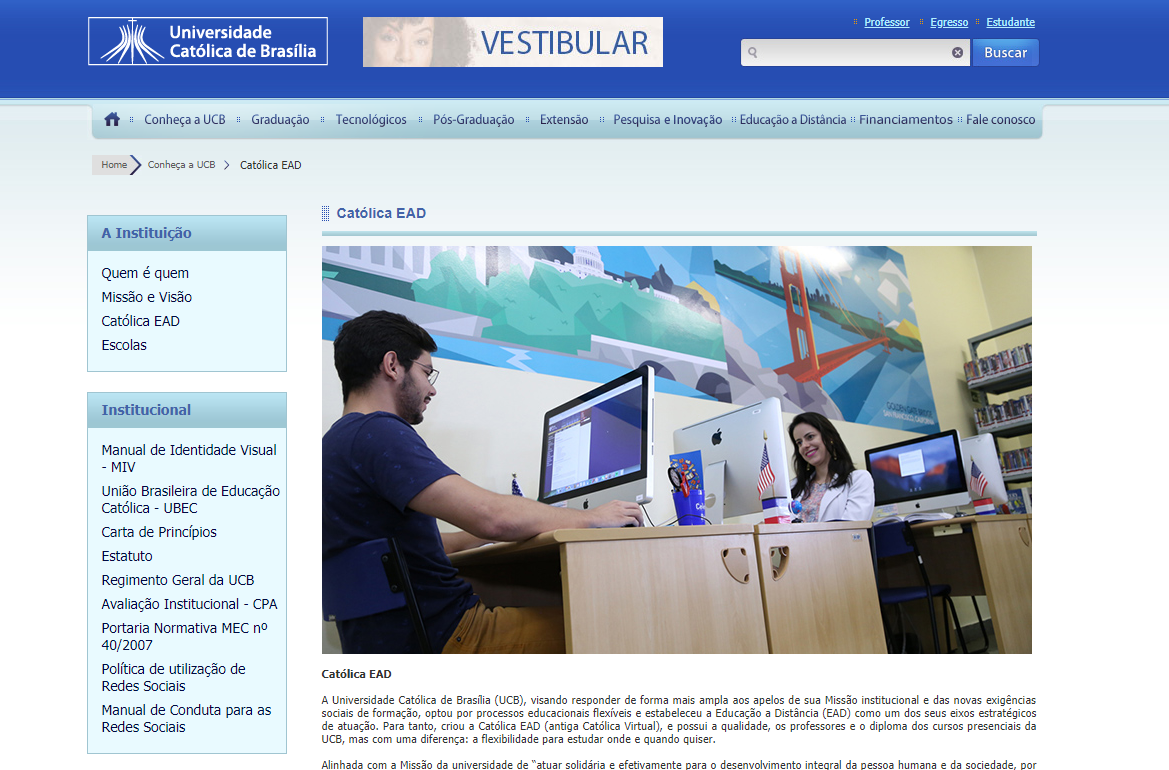 Modernizing a brand goes far beyond creating a new logo or a more attractive layout. It is necessary to review processes, make them more efficient and aligned with the expectations of the target audience. And that's what Mkt4edu did.

In order to capture more qualified leads and feed the sales function of the Catholic Distance Learning, Mkt4edu developed a complete inbound marketing strategy, creating an institutional blog and producing optimized content for the search mechanisms. The idea was to improve the visibility of the brand on the Internet and, at the same time, convert visitors into leads with the production of rich and relevant content for the public of the institution.

Lead nutrition strategies were also implemented by e-mail and SMS, personalized attention via chat and increased all the communication channels of HEI with students, as well as social networks.

In order to achieve all the plans made, it was necessary to invest in innovative technologies and to develop all the educational marketing actions planned to strengthen the Catholic Distance Learning brand and convert 1000 students until the end of the campaign.

The chosen tool was the Hubspot marketing automation software, the largest in the current market.

With Hubspot, the new site was created, fully integrated into the institution's blog. We also developed strategies for the capture and conversion of leads, such as the creation of landing pages, e-books and e-mail marketing.

In the commercial part, all the links started to be taxed, forming an immense data bank of audio to potentiate the strategies of recruitment of students.

It was the first time that a Brazilian educational institution applied the entire inbound marketing process within Hubspot, from the capture of leads to the conversion of students.

Although Hubspot offers a series of performance indicators on its own platform, Mkt4edu wanted to go further.

MailChimp, one of the most famous e-mail automation tools in the world, was used to clean the Catholic Distance Learning leads base.

To analyze the performance of the contents, the LuckyOrange software was used, which creates a heat map of each page, indicating where the user pays more attention, where he clicks and where he reads, for example. The usage of LuckyOrange was so great that, we received recognition from them and appeared on a presentation on INBOUND 2018, what happened is that their website started receivendo 10x the traffic, everyone was being monitored and we got the sales team to call and interact with the visitors on specific actions they take. 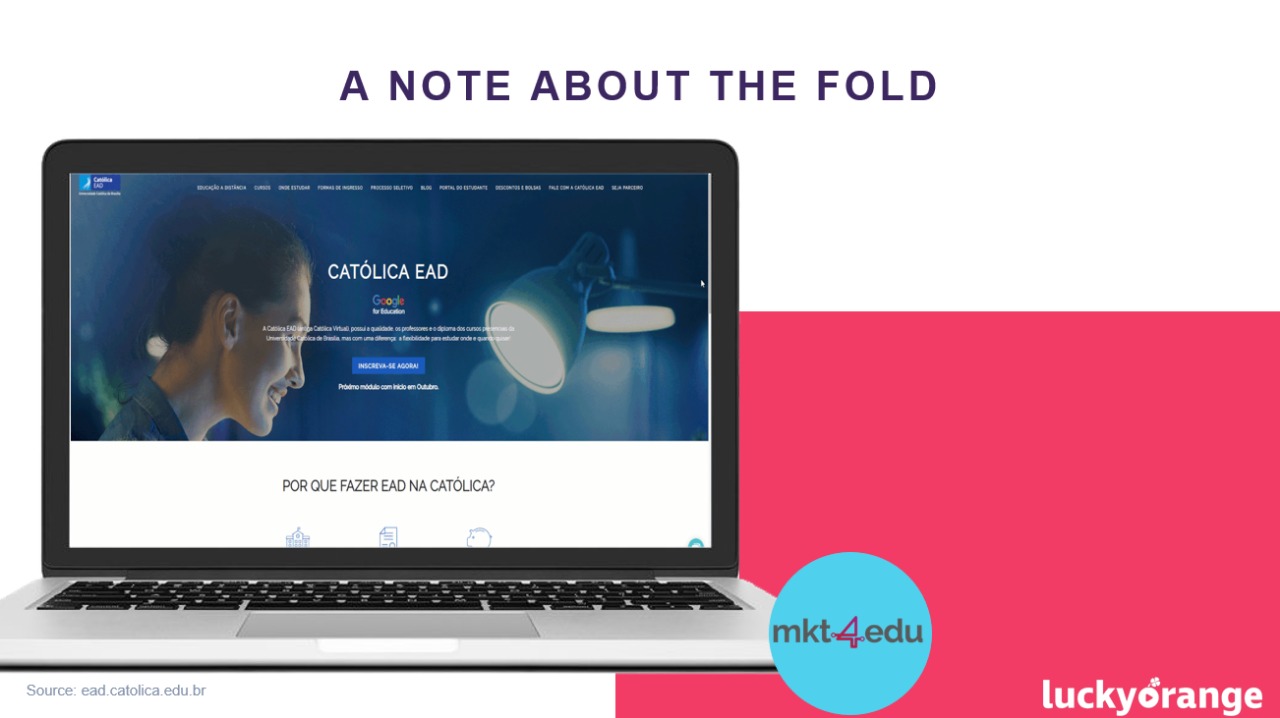 With this information, it was possible to increase the experience of the visitors of the Catholic Distance Learning blog and make the contents have a better performance. Our success of using Lucky Orange was utilized by them as their own case. 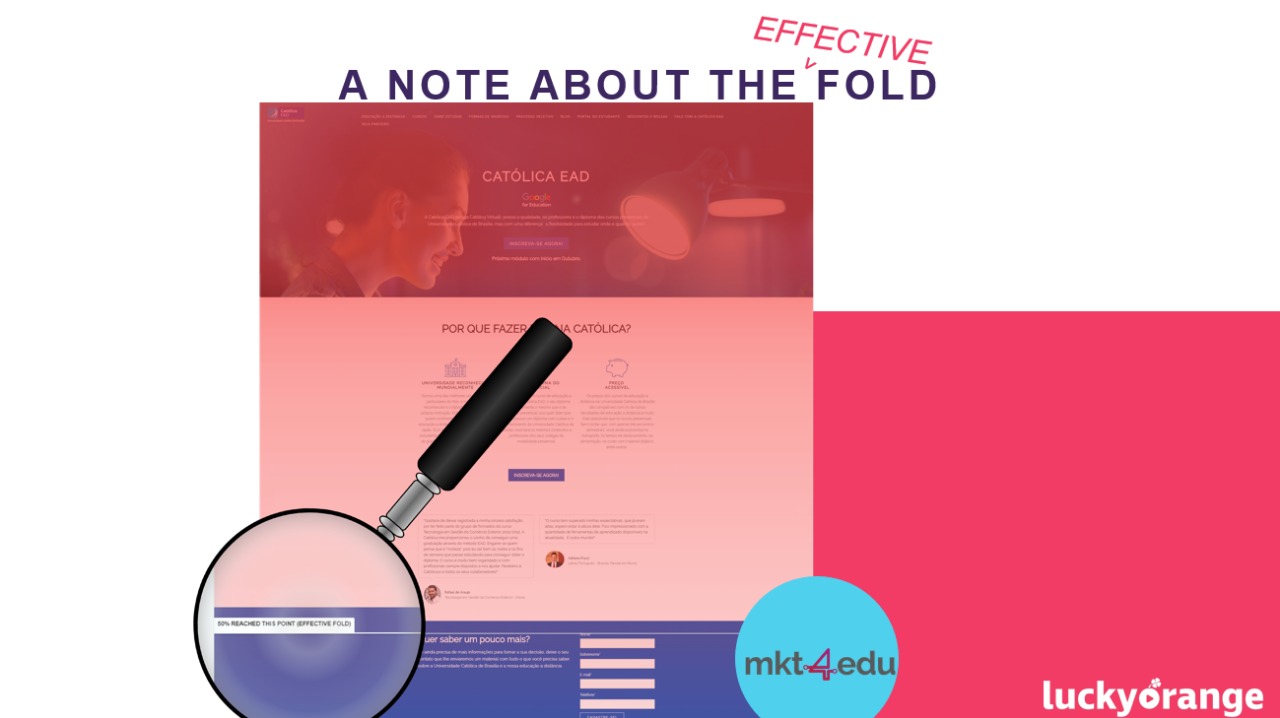 In order to follow the evolution of online strategies and verify the Catholic Distance Learning's position on Google and in the face of competition, SemRush and Moz, SEO (Search Engine Optimization) tools were used.

The main objective was to generate 10 times more leads than the previous year, but to reach it, it was necessary to meet a series of other goals, planned from the first day of work.

In order to increase lead acquisition, it was necessary to generate more traffic on the site and, consequently, engulf visitors with the content produced, or that was conquered with success: we had an increase of 257% in the number of visitors.

Two registrants, 88% downloaded at least one e-book and 100% of them received at least 5 e-mails from the nutrition flow; 27% of them conversed with a Catholic Distance Learning consultant via chat and 92% of them had at least two conversations over the phone.

Of the total enrollments, 37% arrived the Catholic Distance Learning from organic search in Google, demonstrating the effectiveness of inbound marketing strategies.

The main objective was surpassed, with 111% of effectiveness. On the number of enrollments of the previous period, we exceeded 1727%, at a cost 14% lower than the one initially planned.

Merit not only of Mkt4edu, but of all the team of the Catholic Distance Learning, that assumed the challenge with us and dedicated hours and hours of work to promote the necessary changes and to place the brand of the Catholic University of Brasília once again in prominence in the national cenary. 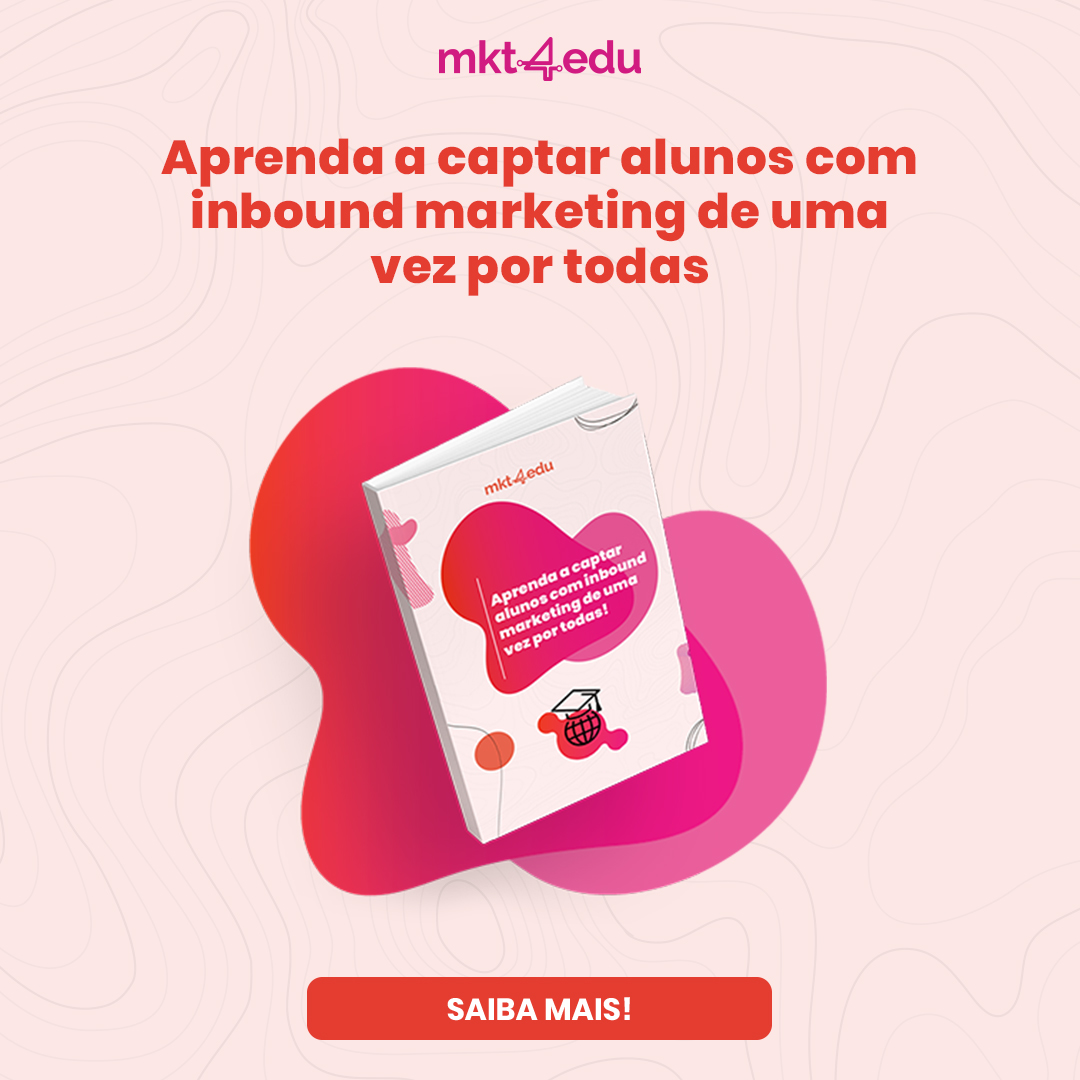 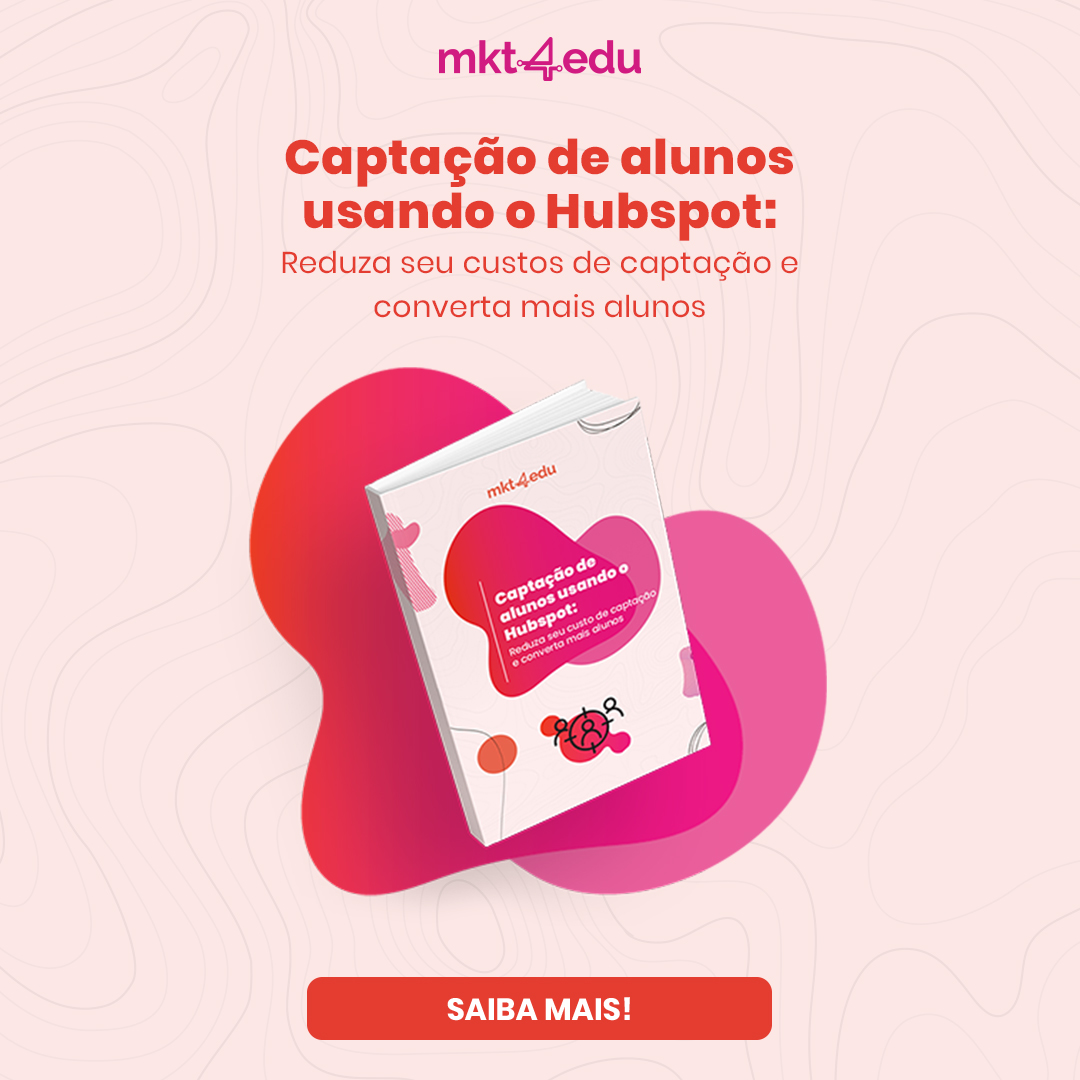 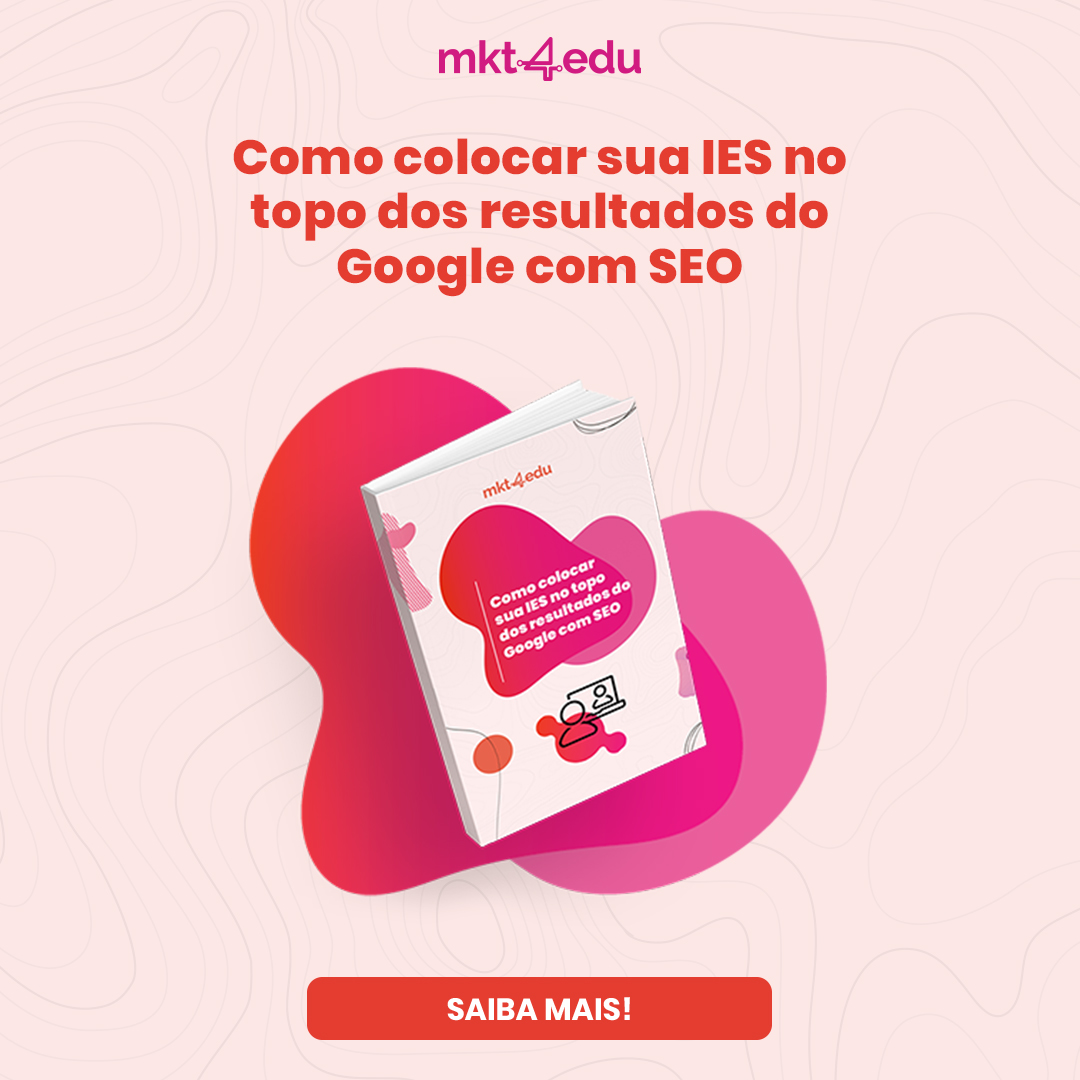 The world changes all the time and technology is no different! Here at Mkt4Edu, technology is in our DNA, we work with several different software to make the entire automation and artificial intelligence process work more efficiently and achieve more results.

If you still need more information, leave your contact and one of our Consultants will contact you!